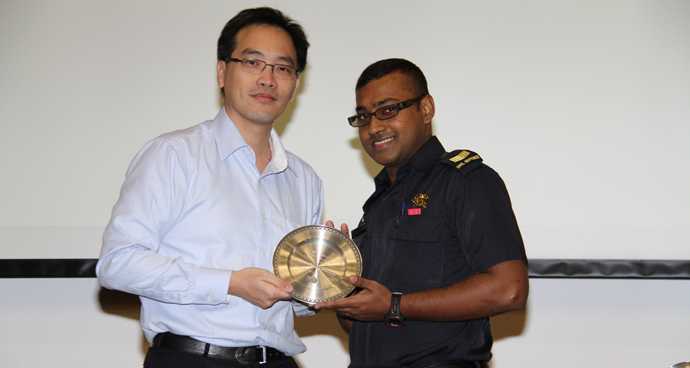 On 9 January 2015, the Corrupt Practices Investigation Bureau (CPIB) organised its inaugural Commendation Ceremony to recognise individuals who had exemplified integrity and rejected bribes. Their acts of integrity displayed their admirable courage and strong values in standing up for what they believe in. Recipients were invited to the CPIB for the Commendation Ceremony, and were presented with a plaque by Guest-of-Honour, Director CPIB, Mr Wong Hong Kuan.

Seven individuals from the government agencies and private companies have one thing in common – they said NO to corruption and paved the way for a better society. They also showed their colleagues and Singaporeans alike that they should take pride and stop bribe.

A salute to all of them who upheld the highest level of integrity as moral stewards of society. Thank you for keeping Singapore clean and incorruptible!