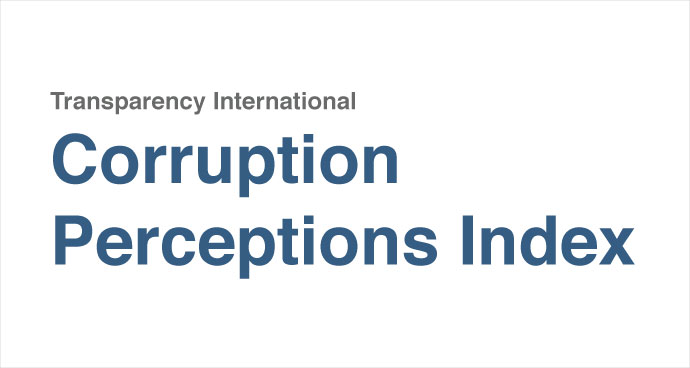 Transparency International (TI) is an international non-governmental organization set up to tackle the issue of corruption around the world. It is present in more than 100 countries and works with partners in government, business and civil society to put effective measures in place to tackle corruption. TI publishes an annual Corruption Perceptions Index and Global Corruption Barometer, a comparative listing of corruption worldwide.

About the Corruption Perceptions Index

First launched in 1995, the Corruption Perceptions Index (CPI) by TI has been widely credited with putting the issue of corruption on the international policy agenda. Using expert assessments and opinion surveys, the CPI measures and ranks countries and territories based on the perceived levels of public sector corruption. The 2018 index draws upon 13 expert assessments and surveys of business people. 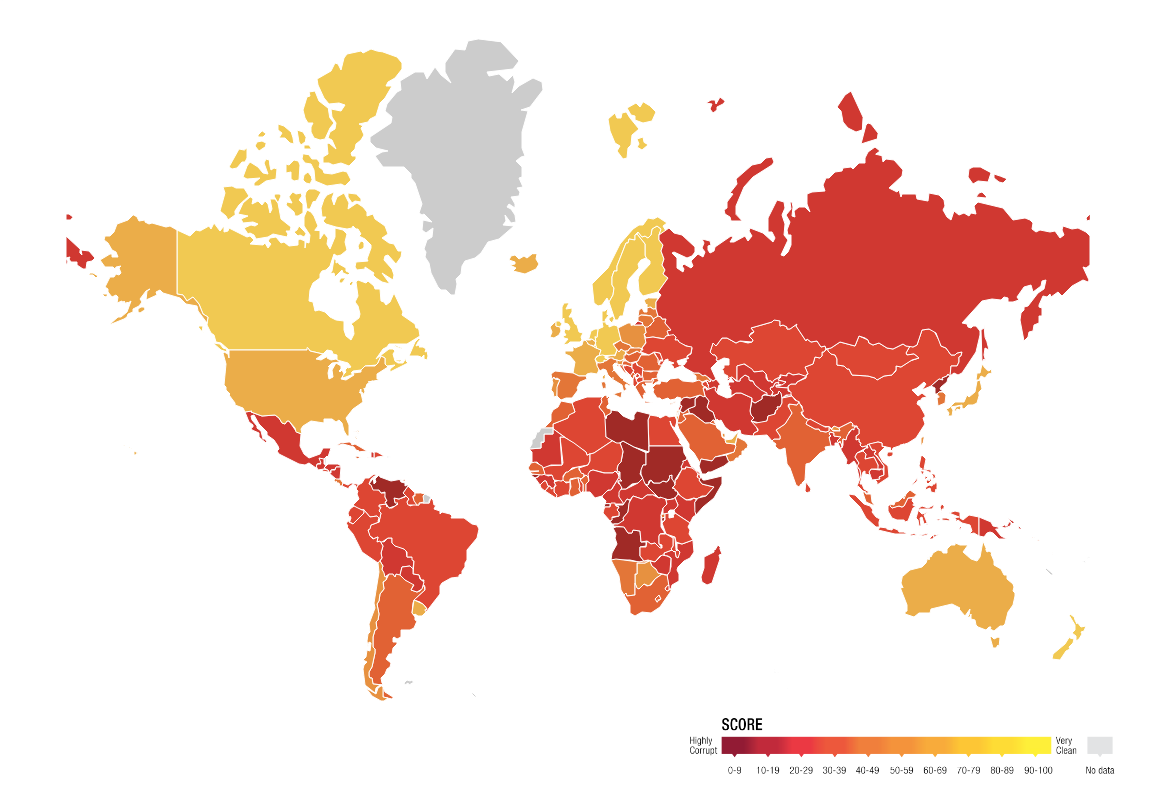 Topping the 2018 CPI list is Denmark and New Zealand, which are at first and second place respectively.

Since its inception, Singapore has been ranked consistently among one of the least corrupt countries in the world. In the last 5 years, Singapore has been placed among the top 10 globally, and was tied at 3rd place with Finland, Sweden and Switzerland in 2018. 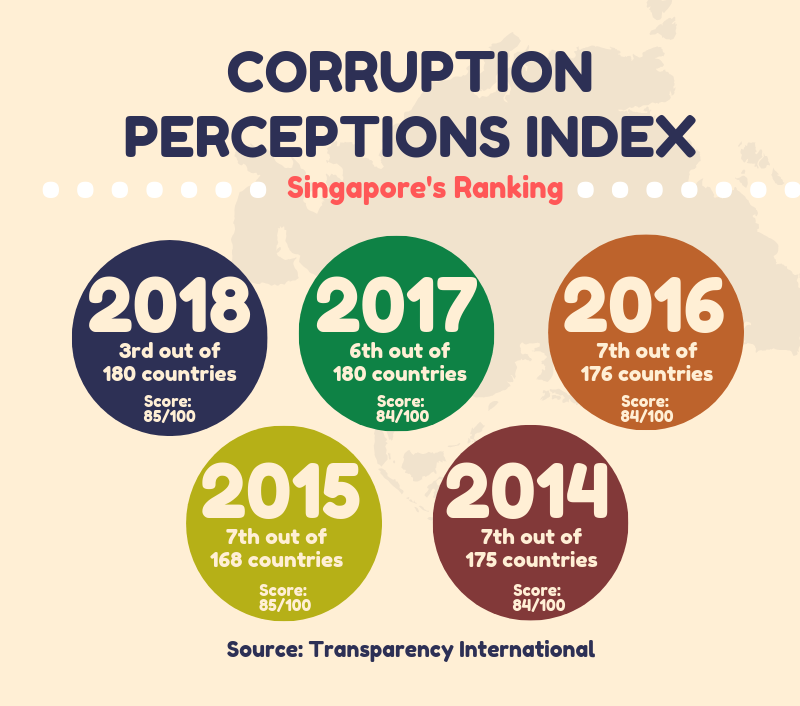 To learn more about Transparency Index or to view the full results, you can visit http://www.transparency.org/