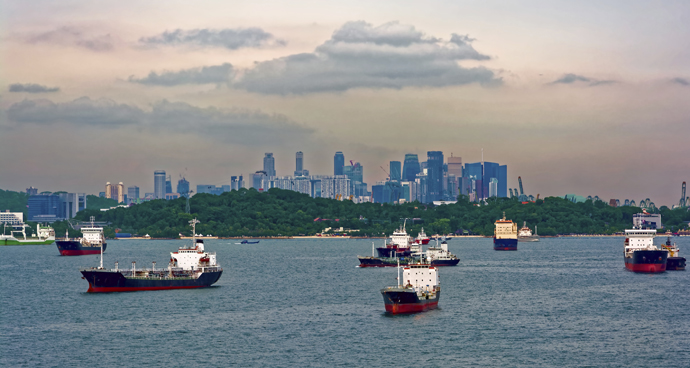 Teh Hang Peng was a Material Controller with the Singapore Technologies Logistics Pte Ltd (ST Log) and was based at the warehouse in Tuas Naval Base (TNB), Republic of Singapore Navy (RSN). His duties as a Material Controller were to check that the goods delivered to the Tuas Naval Base are of the correct description and quantity based on the Purchase Orders and Delivery Orders as required by the Republic of Singapore Navy. From January 2003 to July 2004, Teh was found to have obtained a total of S$9,300 in return for assisting Lim Teck Beng, then the manager of JP Marine (SEA) Pte Ltd, to supply locally fabricated marine spare parts to TNB and passing them off as imported originals.

The CPIB started investigating the case after it had received information. Its investigation revealed that Teh had given assistance to Lim in various ways. Teh had smuggled existing stock from the TNB warehouse and passed the parts to Lim. Lim subsequently brought these “samples” to the fabricators and fabricated similar ones that were disguised as those produced by the Original Equipment Manufacturers (OEM) before supplying to the RSN. He then checked the part numbers, origins and functions at the warehouse and subsequently passed the information to Lim. Teh had also removed packing labels and sticker from existing stock in the warehouse, together with the description on how the items were normally packed by the OEM overseas, and passed them over to Lim to reproduce. In addition, Teh had informed Lim of the work schedule of the Quality Assistance (QA) Inspectors. Lim needed the information as he would prefer to deliver the fabricated parts to the TNB warehouse at those times when the known meticulous QA Inspectors were off duty.